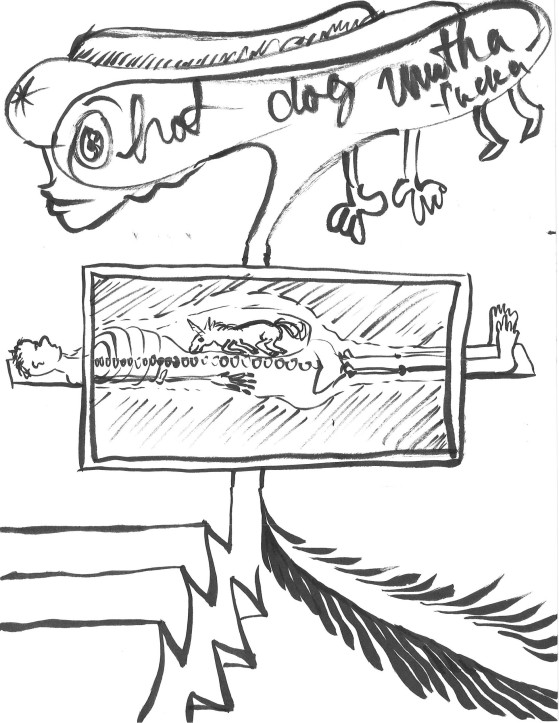 corpse seventy-two: a change in perspective 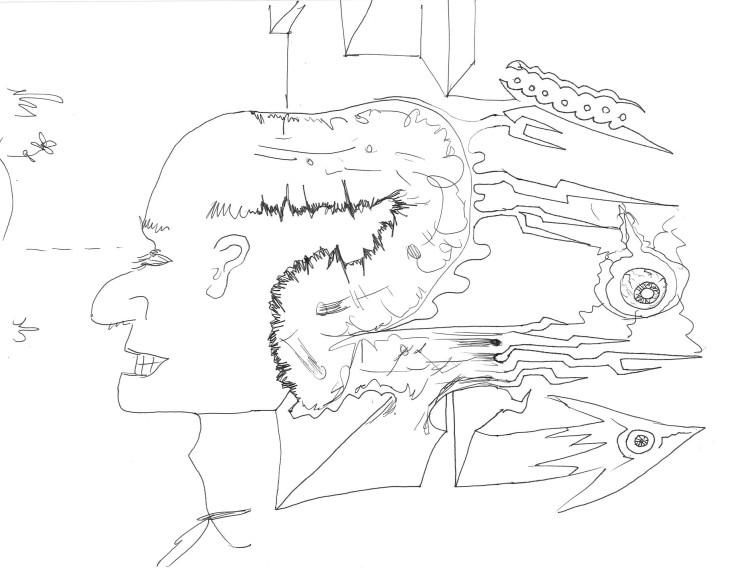 All of the corpses that have appeared on this blog have been done portrait style and as was recently pointed out the sections have been referred to as the head, body and legs. Occasionally people ask if they are doing the top or bottom, head or legs, but for the most part I have been trying not to answer that question. I wanted these to be as open as possible.  After drawing a few over the course of an evening, one of my friends noted that we weren’t all drawing body parts and wondered why since it was a corpse we were putting together. I constantly refer to these as corpses, so I guess there is an assumption that we are drawing a body. I have a wide variety of people taking part in these, some familiar with the surrealist tradition, some that just like to draw, some that don’t like to draw, but jump in anyway. After explaining that it didn’t have to be a body and you could do whatever you wanted in the space, I think it changed the approach for a few people. Corpse 71 being one of them. I feel like I fall into a pattern or routine and assume people know the tradition, but every once in a while I am reminded how people perceive what I think of as common knowledge a little differently. Certainly this isn’t a new approach and evidence of the open idea of the corpse is found in previous corpses, but I hope to see more of this once people open up to broader ideas in these drawings. The above corpse came together the same evening, and after only a cursory glance, I would say this is the first on the blog that came out more landscape oriented. Another change in perspective  amidst this continuing process.

Corpse done with my nieces age 13 and 7 and 3. Cool medusa head, crazy sweater?guts? and directed drawing by the youngest.