As touched on recently, I occasionally try to draw my dreams. In describing some of my dreams to people I’ve been told I am a vivid dreamer. I try to jot down a few quick sketches when I wake to get what I can instantly in hopes that it triggers greater memory later. Other times I have moments where something sparks a memory of the previous night’s dream. As you will see they’re sometimes on a scrap of paper other times in a sketchbook or whatever is handy. 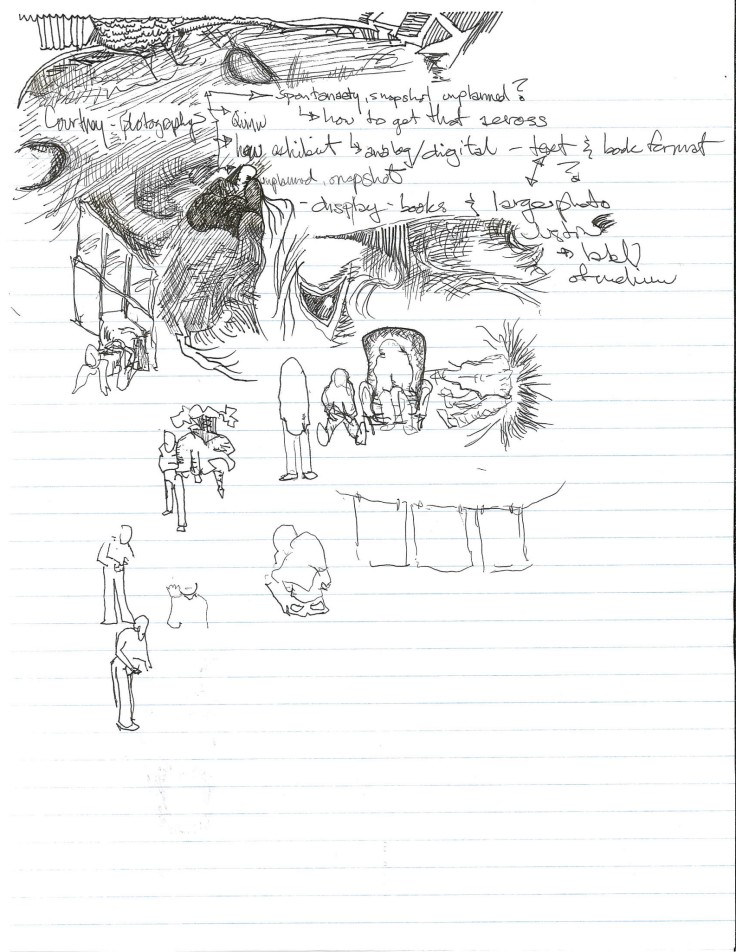 I don’t remember what the notes were about, but I can remember some of the dream. Seems I was walking through lines of white sheets. This was a while back and cannot correlate anything for sure, but maybe 28 Days Later amongst the lines of laundry surrounding a captive infected person. I continued on to a den of some sort where everyone sitting or standing around had sheets over their heads. One of them was thrown across the room by something unseen. I believe the lower left was me or someone climbing into an invisible suit.